I am a research engineer at Unity Technologies in the Advanced Rendering Research Team in Grenoble, France.

Previously, I was a postdoctoral researcher at Charles University in Prague, Czech Republic working with Alexander Wilkie from February 2021 to January 2022. I did a one year post-doc at Institut d'Optique Graduate School in Bordeaux, France working with Romain Pacanowski.

I defended my PhD on December 2019. I was under the supervision of Nicolas Holzschuch. The subject of my PhD is efficient representation for measured reflectance. You can access my manuscript here: https://tel.archives-ouvertes.fr/tel-02893514.

I did a year exchange in Czech Republic at Charles University in Computer Graphics Group under the supervision of Alexander Wilkie and Jaroslav Křivánek. 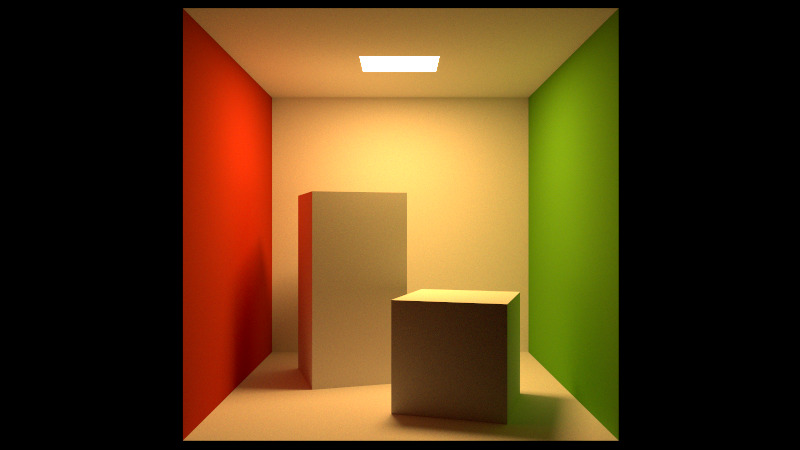 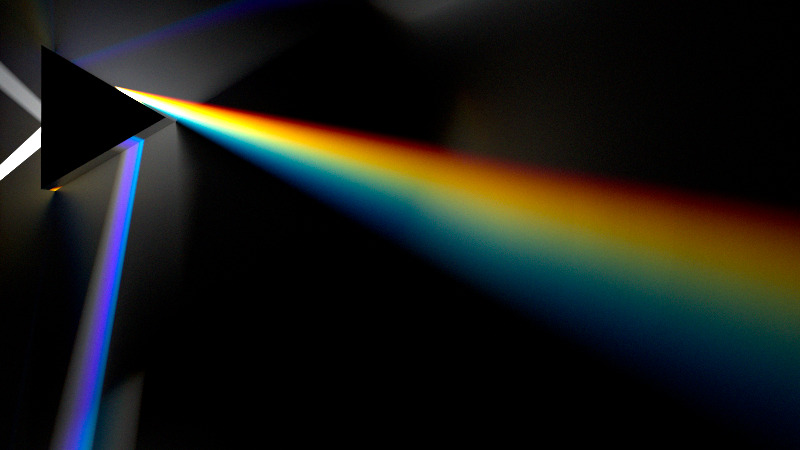 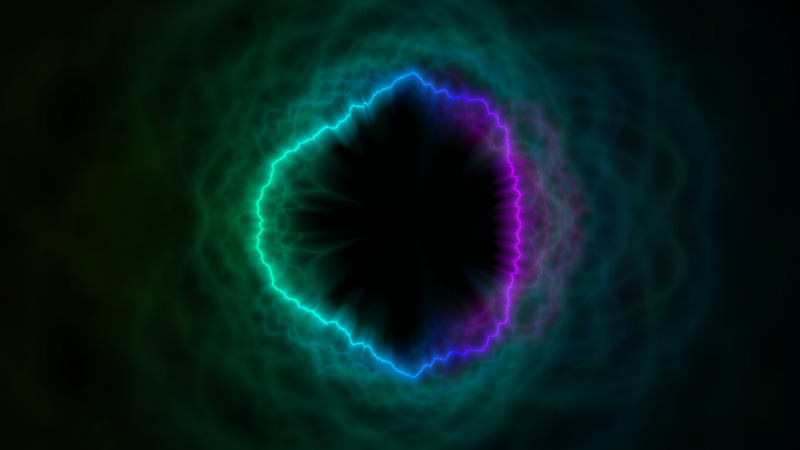 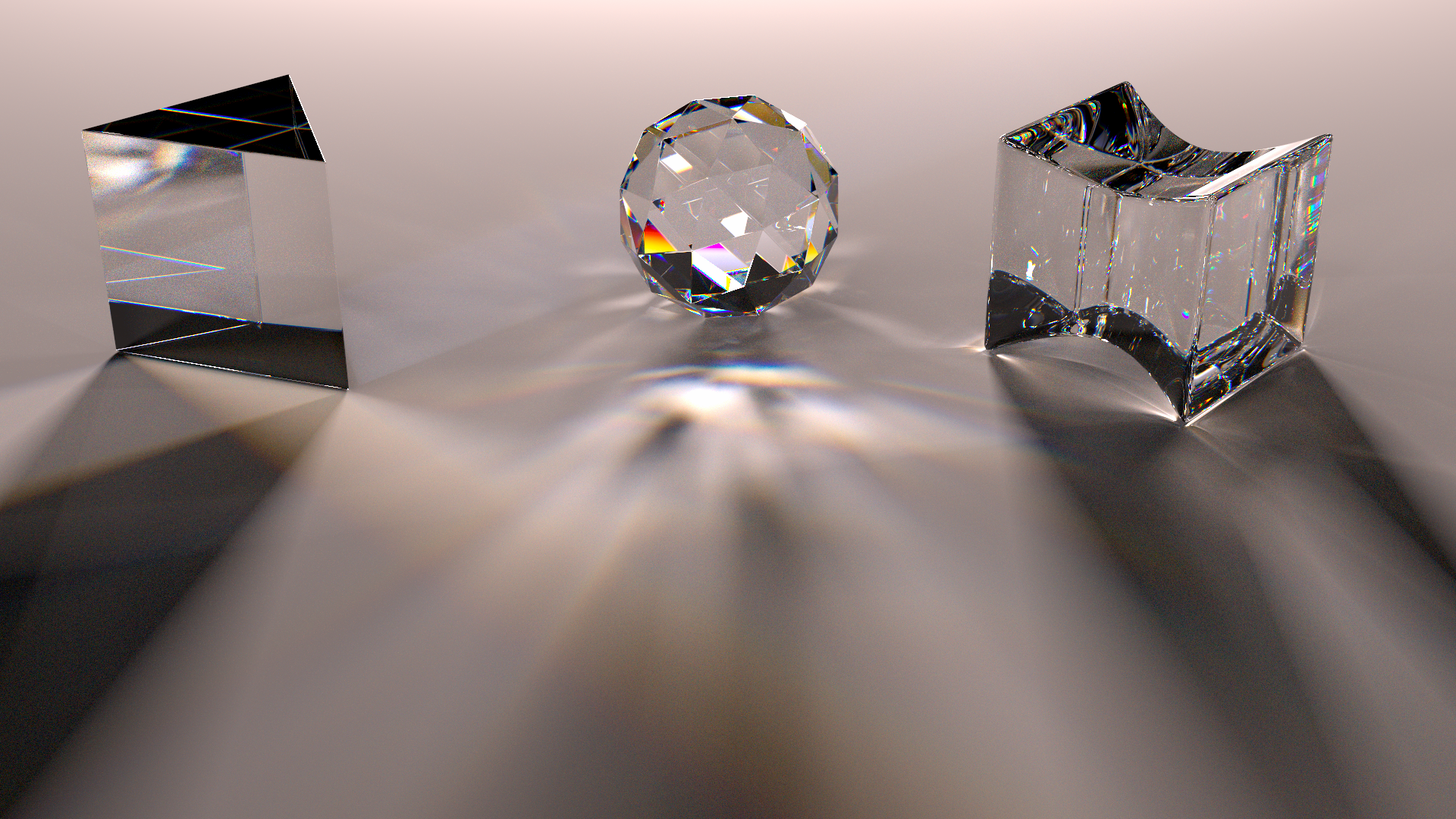 Efficient Spectral Rendering on the GPU for Predictive Rendering

Current graphic processing units (GPU) in conjunction with specialized APIs open the possibility of interactive path tracing. Spectral rendering is necessary for accurate and predictive light transport simulation, especially to render specific phenomena such as light dispersion. However, it requires larger assets than traditional RGB rendering pipelines. Thanks to the increase of available onboard memory on newer graphic cards, it becomes possible to load larger assets onto the GPU, making spectral rendering feasible. In this chapter, we describe the strengths of spectral rendering and present our approach for implementing a spectral path tracer on the GPU. We also propose solutions to limit the impact on memory when handling finely sampled spectra or large scenes. 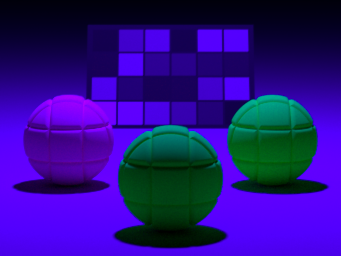 We propose a technique to efficiently importance sample and store fluorescent spectral data. Fluorescence behaviour is properly represented as a re-radiation matrix: for a given input wavelength, this matrix indicates how much energy is re-emitted at all other wavelengths. However, such a 2D representation has a significant memory footprint, especially when a scene contains a high number of fluorescent objects or fluorescent textures. We propose to use Gaussian Mixture Domain to model re-radiation, which allows us to significantly reduce the memory footprint. Instead of storing the full matrix, we work with a set of Gaussian parameters that also allow direct importance sampling. When accuracy is a concern, one can still use the re-radiation matrix data, and just benefit from importance sampling provided by the Gaussian Mixture. Our method is useful when numerous fluorescent materials are present in a scene, and in particular for textures with fluorescent components. 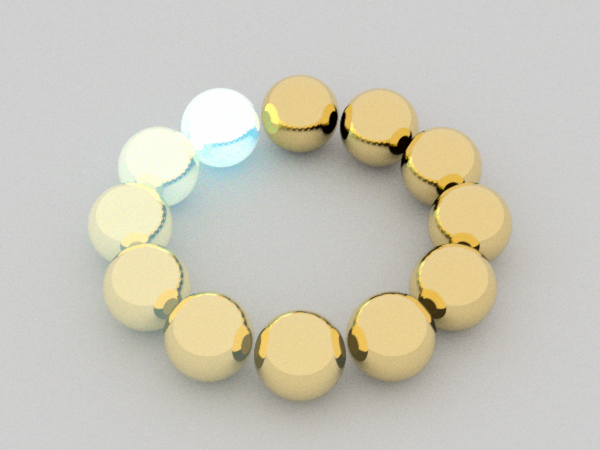 An OpenEXR Layout for Spectral Images

We propose a standardised layout to organise spectral data stored in OpenEXR images. We motivate why we chose the OpenEXR format as basis for our work, and we explain our choices with regard to data selection and organisation: our goal is to define a standard for the exchange of measured or simulated spectral and bi-spectral data. We also provide sample code to store spectral images in OpenEXR format. 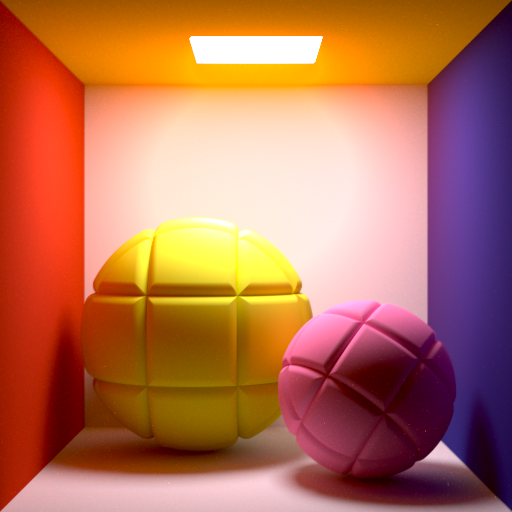 We present two separate improvements to the handling of fluorescence effects in modern uni-directional spectral rendering systems. The first is the formulation of a new distance tracking scheme for fluorescent volume materials which exhibit a pronounced wavelength asymmetry. Such volumetric materials are an important and not uncommon corner case of wavelength-shifting media behaviour, and have not been addressed so far in rendering literature. The second one is that we introduce an extension of Hero wavelength sampling which can handle fluorescence events, both on surfaces, and in volumes. Both improvements are useful by themselves, and can be used separately: when used together, they enable the robust inclusion of arbitrary fluorescence effects in modern uni-directional spectral MIS path tracers. Our extension of Hero wavelength sampling is generally useful, while our proposed technique for distance tracking in strongly asymmetric media is admittedly not very efficient. However, it makes the most of a rather difficult situation, and at least allows the inclusion of such media in uni-directional path tracers, albeit at comparatively high cost. Which is still an improvement since up to now, their inclusion was not really possible at all, due to the inability of conventional tracking schemes to generate sampling points in such volume materials. 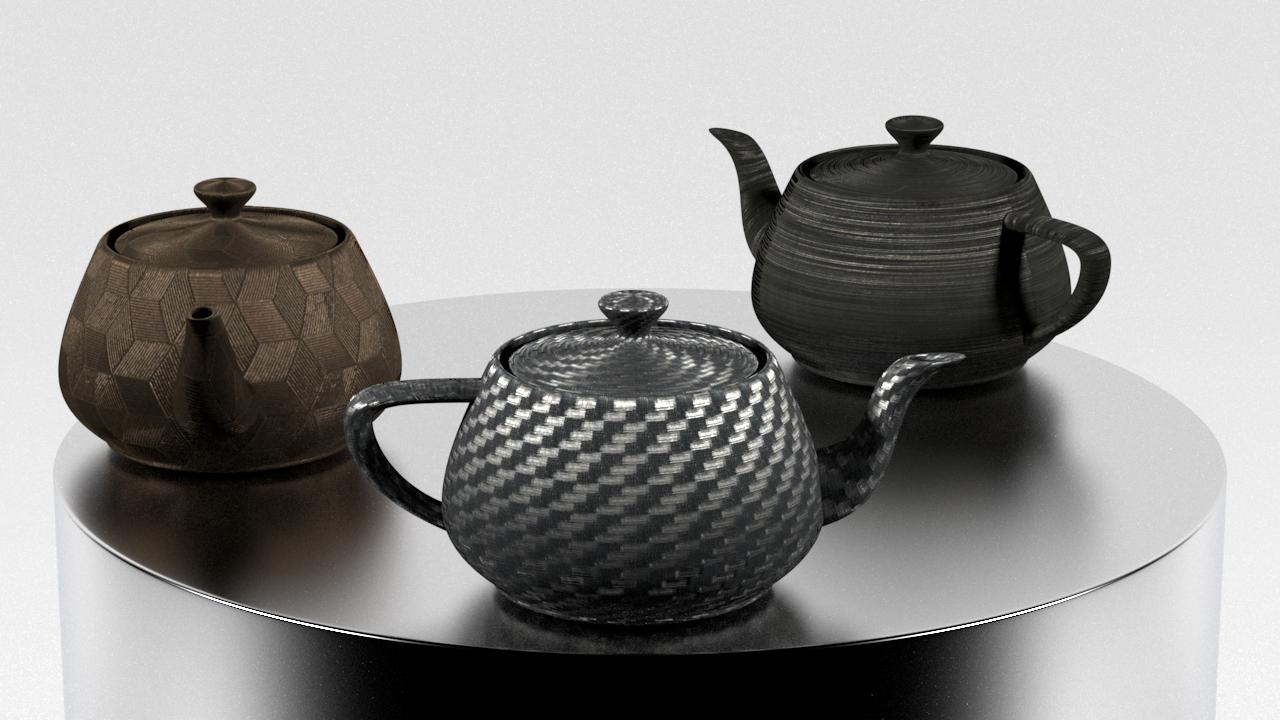 Reflectance parameters condition the appearance of objects in photorealistic rendering. Practical acquisition of reflectance parameters is still a difficult problem. Even more so for spatially varying or anisotropic materials, which increase the number of samples required. In this paper, we present an algorithm for acquisition of spatially varying anisotropic materials, sampling only a small number of directions. Our algorithm uses Fourier analysis to extract the material parameters from a sub-sampled signal. We are able to extract diffuse and specular reflectance, direction of anisotropy, surface normal and reflectance parameters from as little as 20 sample directions. Our system makes no assumption about the stationarity or regularity of the materials, and can recover anisotropic effects at the pixel level.